A central animating aspect of Shinto is kami. While this is a topic that will be further explored in later posts, this understanding  is central to each next Shinto post that follows. So, this post is an effort to establish a sense from which to progress. 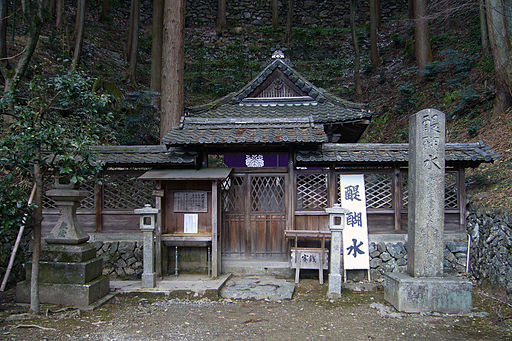 The understanding of kami is often a sticking point for a Westerner, but as I will attempt to point out in subsequent posts, this is more the haunting habit of the Western preference for “definitive definitions” than it is of kami being too difficult or too abstract to understand. It is important to remember the word kami gestures more than points like all words which merely gesture toward meaning–lest we forget words are more slippery than slotted (insert the progressive understanding of language from de Saussure to Derrida here). This may well be an ironic problem, for kami is perhaps more known—and existentially experienced—by Westerner’s than one might at first think.

As a result, it is not uncommon to encounter the following definition for kami:

ka·mi (ˈkämē), noun: meaning a divine being in the Shinto religion.

Putting aside the problems invoked in the definition through its use of the word “religion,” the operative word for understanding the Western misconception of kami may be sampled via the word “being”. Interestingly, this problematic misconception has been noted before in the American canon—namely by Ralph Waldo Emerson, who in his infamous Divinity School Address to Harvard in 1838–the very address that got him dis-invited from Harvard for some four decades despite his mainstream Lyceum popularity. This fact underscores the perpetual Emersonian argument, if not also makes the primary point of American Transcendentalism, of the tyranny of institutions over individuals. In this address, Emerson pointed out the problem he perceived within those who made too much of the personhood of Christ. Emerson’s point was to call out the limit, if not simply the spiritual flaw, in perceiving Christ as a man that died for us in our time and place.

This kind of usable religion for performative purposes has been routinely featured on the awards stages and athletic fields of our most popular commercial culture–as if a God worth worship would prioritize things like pop songs or athletic performances in a world of hunger and hurt. Yet, this is the logical outcome of the spiritual sickness that stems from adhering too much to the personhood of Christ. Or, for that matter in any God.  In the end, these behaviors are more political, commercial, or class based rhetoric than they are anything recognizable as earnest spiritual impulses.

Such self-referential “spiritual” acts have always struck me as being deeply self-serving–for as this Roman Catholic boy was taught, one is more performative than prayerful when public with prayer. The earnest prayer is made in the silent privacy of solitude. Emerson points out the self-referential spiritual error in focusing on the personhood of Christ makes us wholly miss Christ’s mythic power. Emerson’s words were disruptive then, and I cannot imagine how disruptive they would be if popularly voiced now.

Emerson fingers the difference between thinking Christ died in time versus thinking Christ died for our time–as we experience this or that in our lives thereby reducing His mythic power to micronarrative needs. This selfish act crucifies Christ anew as we nail him to our personal needs–ironically much like the Romans did then–instead of . . . well, I will gesture back toward Emerson’s Divinity School Address for an answer that offers far more productivity than anything I can offer in this one post. Emerson asserts: “When the mind opens and reveals the laws which traverse the universe and make things what they are, then shrinks the great world at once into a mere illustration and fable of this mind.”

In this way, Emerson urges us to tap into an Antinomian spirit, which has long productively haunted the American conception of such things. He urges this over the easy, if not also the absurd, institutionalized sense of the personhood of Christ, which uses Christ for self-serving reasons rather than mindfully ponders the universal potential within the crucified body.

This frames a productive place to begin the approach to kami.

Add some fuel if you'd like to keep the writing going!